This is the first scene I ever did with Diamond Sky, and boy was she nervous! That’s a quality I like in a girl to be honest. It just makes them even more submissive and compliant. They are much easier to control that way. She happily let me put a collar and leash on her, and I didn’t even have to tell her how to suck my cock. Either she’s a natural talent, or she’s had a few huge cocks down her throat before lol 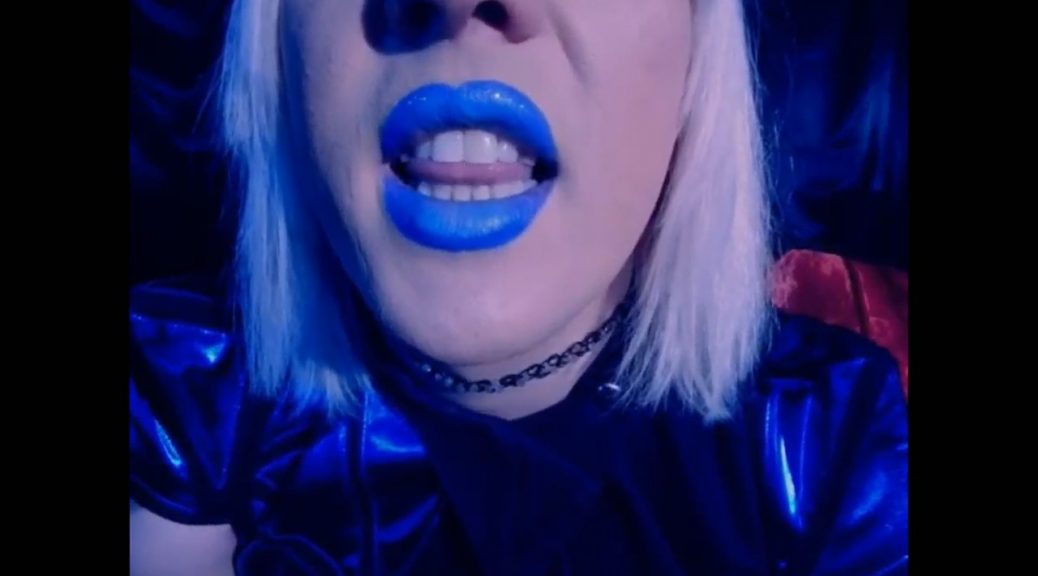 Hi! Good to see you here =] Take a look around, and let me know what you think. If you want a quick view at some of my amazing videos, watch this 2 minute teaser!

If you like what you see, you can sign up for a Premium membership for only $19.99 for 28 days membership, no recurring billing.

alternatively see a bit more by becoming a free member

I was really excited to meet Sarayah Sin & Harleen Deville when they drove all the way from NY to AZ to see me, but no one told me that Sarayah was such a nerd. Its a shame really, a girl as hot as that. I’ve fucked some pretty uncool people in my life, but I do have SOME standards.

I’m not totally heartless though. I may not have let the subby slut fuck me, or her own girlfriend, but I did let her help us fuck each other. I told her to be our little eye candy while Harleen gagged on my cock. It was really hot watching cucky stroke her cock and shake her butt, while receiving nothing in return.

I also made her warm me up before I plowed Harleen’s heavenly ass. God its humiliating making a sub get my dick big and hard, when they know its gonna be stretching their partner’s hole next. I even throttled Sarayah’s neck while my huge cock was deep inside her girlfriend’s ass. After I dumped a hot load in the cool one, I even let lil cucky go in the bathroom and finish herself off in the dark. That’s especially pathetic when you consider that Harleen and I were snuggled up in my comfy bed, enjoying our post-coital cuddles at that very moment >:D

One of my submissives flew me out to Las Vegas for a session of pain. He booked a nice suite at one of the nicer casinos on the strip, but he had to cancel last minute for business reasons =/ Surprisingly, high-powered executives make same of the worst submissives.

I love it when a submissive has been practicing for my cock, because I don’t have to be gentle. I can just start pounding their hole right away. He came to me as a man, and I dressed him like a good little sissy, but he doesn’t really lose his last shred of manhood until the very end of the clip, when I explode inside his lil sissyhole, and fill him up with a heaping helping of girljizz. You’ll have to save your load til the very end of the clip too, because when you see him finally give in completely, you’re going to want to close your eyes, and imagine its you finally becoming the real sissy girl you’ve always wanted.

Recently I was editing a video called, Only Whores Shave Above The Knee, when I realized that I forgot to shut the camera off at the end. Editing that shaving fetish video was something I had put off for a long time, so finding the hidden treasure at the end of the film was quite a surprise. At the time, me and Teeny Deanna were in a loving relationship, and you can definitely tell from watching the passionate sex in this video. There’s a lot of playful banter, affectionate caresses, and genuine pleasure all around.

College friends Johnny & Stacy haven’t seen each other in a few years. Johnny was always a great study buddy, but at the time, she never knew that Stacy was a trans woman stuck in the closet. Stacy’s changed quite a bit since they graduated, and Johnny’s platonic feelings soon turn sexual. She can’t help but devour Stacy’s sexy body with her hungry eyes, wouldn’t you? Stacy just bought some new sexy lingerie for her boyfriend, and when she asks Johnny for her opinion, one thing turns to another and these gals become more than just pals. “OMG Stacy, I never knew your cock was so huge,” exclaims Johnny. Just when u think the wet & messy blowjob couldn’t get any better, Stacy busts a massive load, which naughty Johnny spits into her hungry mouth.

Yes not only do we have the best content but now we also accept the best currency :)

I HODL as BTC and don't cash out to $$ like most sites.

You can also Tribute me in Bitcoin directly.

You know you should.